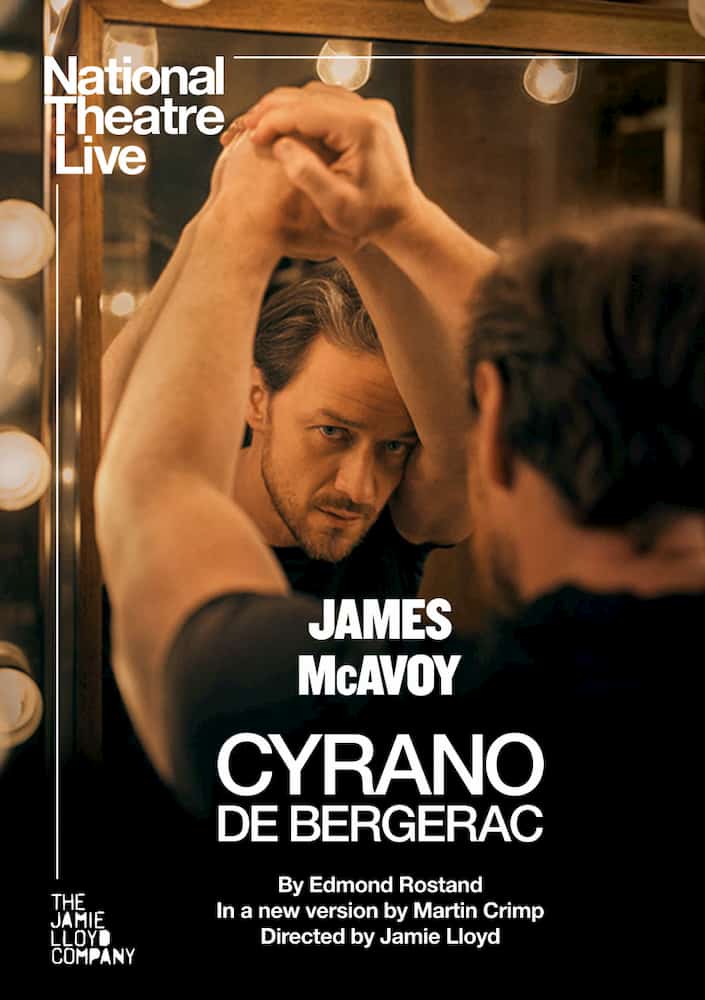 3h 0m | Live, Theatre
We will be broadcasting live from London’s West End Cyrano de Bergerac, starring James McAvoy (X-Men, Atonement) in the title role. This inventive new adaptation by Martin Crimp tells the story our hero, Cyrano, who is fierce with a pen and notorious in combat, he almost has it all - if only he could win the heart of his true love Roxane.
Directed by: James Lloyd
Starring: James McAvoy