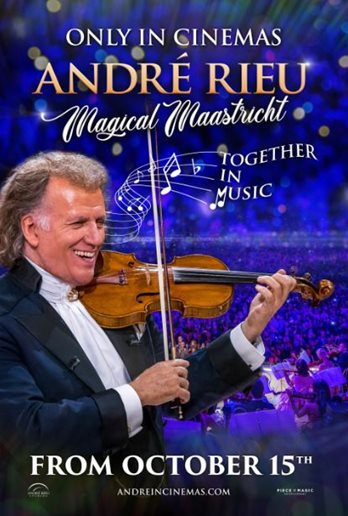 2h 20m | Music
Andre Rieu's Magical Maastricht celebrates 15 years of Andre's glorious hometown concerts. The King Of Waltz has selected his most spectacular performances and emotional songs and will bring the joyous atmosphere of his iconic open-air concerts in Maastricht to The Ritz. Join Andre Rieu, the Johann Strauss Orchestra, his world-class sopranos and the Platin Tenors for the most uplifting concert of the summer.
Directed by: Michael Wiseman
Starring: André Rieu